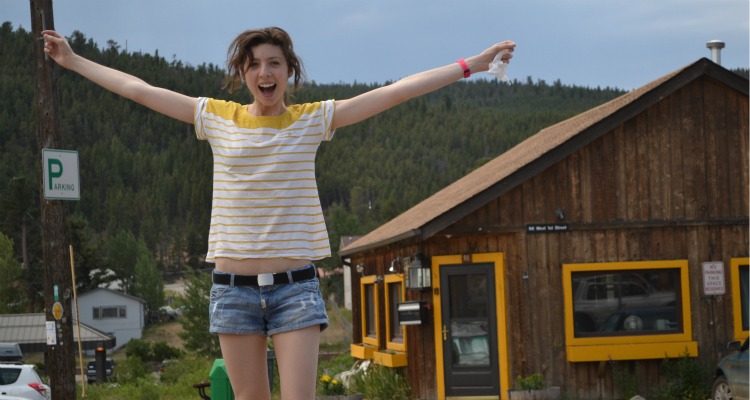 That’s the end of the puns for this post – it was exhausting coming up with that one.

So… Nederland. It’s a mountain town in Boulder County, Colorado. While it seems someone was having a “let’s be ironic” moment in the town-naming office that day, there is an actual reason why it’s called the same thing as the European country (which is “Netherlands” in English but “Nederland” in the native Dutch).

You see, the town has had a few names over the years. Between the mid- and late-19th century, it’s been called – in order of oldness – Dayton, Browns Crossing and Middle Boulder. Then in 1873, a nearby (but 2,000 feet higher up) mine was sold to the Nederland Mining Company from the Netherlands. The company decided to bring the gold ore down from the mine to Middle Boulder for milling, due to the town’s lower elevation and slightly more welcoming climate. After a while, the name “Nederland” (which means “low lands” in Dutch) stuck.

So because of the relatively low elevation of a town 8,234 feet above sea level, it’s called Nederland. Ridiculous.

Rob and I went to Nederland because it sounded awesome. Visiting Boulder describes the beautiful waterfall you can visit on the drive up and the views of the reservoir and snow-capped mountains once you reach the town itself. We’d also convinced ourselves that everyone would be wearing wooden clogs, and that the women would all be in long skirts and blouses. Oh, and there’d be windmills aplenty.

We discovered we’d been hoping for the wrong cliche: the only thing Nederland has in common with the Netherlands is its love for weed (which the town decriminalised in 2010).

Yet we were FAR from disappointed by what we did find. The place is incredible: beautiful views, cute little coffee shops, bars and restaurants (and I’ll tell you, there’s more variety of food and they’re all open longer hours than in Boulder), and hippy-happy shops all over. It’s the sort of place where the grocery store only sells hummus as a powder (to make yourself at home) and has a selection of mysticism books to buy as you enter.

There are only about 600 households in the entire town, so it’s not the sort of place to which you’d relocate to find a husband. But it’s a fantastic place to go with your husband – once you’ve found him in a city with better odds for that sort of thing. It’s peaceful, idyllic and heaving with fresh air. And I can’t wait to go back to take in the views and have a late-night curry (take that, Boulder!) before we leave Colorado.

Posted on July 7, 2012 by Mish @ Making It Anywhere in Travel & accommodation.