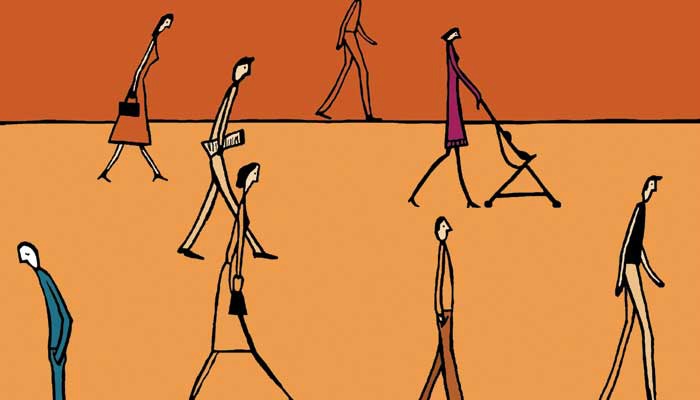 Spending 22.5 hours a day in each other’s company has, believe it or not, some drawbacks.

For one, we’ve developed our own semi-telepathetic language. Which is kind of cool, but makes it all the harder to get out and talk to other people. Especially when we’re in places where we need to go out and make new friends rather than fall back on familiar relationships.

This isolation is a problem for all digital nomads, and couples in particular – there’s just not enough of an incentive to get out there and mingle.

Recently though, I realised that isolation is a major problem for skill development too.

I started thinking about it because of a post on RibbonFarm.com about the optimum size of a creative group (around 12, as it happens). Quite apart from the size though, what hit me was the insight that the right group will push all individual members to a level beyond anything they could have achieved on their own.

A group of roughly the same skill level, who give their “collective attention” to a problem, will use pooled insights and friendly competition to push each other to their limits. It’s kind of like having a running buddy – you’ll push each other to go further and faster than you could do on your own.

When you think about it, it’s fairly obvious – and it’s backed up by examples throughout history. From the Vienna Circle to Parisian impressionist painters to Silicon Valley, many great advances or movements have come from geographically concentrated groups.

For digital nomads, this is a problem because your co-creators aren’t going to just appear around you – at the same company, or coworking space, or regular meetup.

And it’s especially a problem because as you’re relying 100% on your own skills to pay the bills, you need to be as good as you can possibly be.

Just practising every day makes a big difference – we look back at stuff we wrote six months ago, and we’re so much better now. But could we be even better if we’d been collaborating more closely with people?

As you won’t be able to find your crowd geographically, let’s look at five ways to find a group online who can push you to peak performance.

Blog about what you’re doing. By blogging about the startup you’re working on or the skill you’re trying to develop, you’re creating the opportunity for the right people to gravitate towards you.

Our friend Olly is blogging about his startup and has already started exchanging ideas with people who’ve left a comment or sent him an email.

Form a mastermind group. A mastermind group is a regular meeting (usually over Skype) of a group of people who’re working towards similar goals. By being part of a mastermind, you’ll have people to hold you accountable and share insights with.

One of our priorities for the next couple of months is to form a mastermind group that “meets” every week – we’ve got so much control over our time it seems stupid not to.

Join a private forum. The internet is full of forums, but the best discussions happen in private. The Dynamite Circle, for example, is a private group of around 400 entrepreneurs run by the guys from the Lifestyle Business Podcast.

Joining a private forum is a great way to ask questions and listen in on the topics that are interesting other people – and you could find kindred spirits to form a mastermind group with too.

Our goal for early 2013 is to get accepted into the Dynamite Circle. We also run our own Facebook group, where we’re trying to provide an opportunity for frustrated employees to help each other break away to start their own business.

Spy on the people you aspire to be like. This one’s a bit of a cheat, because you’re a silent member of a group who’re way ahead of you. It’s not quite what we’re meant to be talking about, but I’m including it because we’ve found it insanely effective.

Essentially, this just means obsessively stalking people who’re smashing it, and attempting to reverse-engineer what they do. Rather than just reading what they say, you should dig deeper to find out how they’re spreading their message, what techniques they’re using to get great engagement, and who they’re talking to.

We’re virtual stalkers of Dan Andrews, James Schramko, James Altucher and Sacha Greif – all people in totally different businesses, but there are aspects of what they each do that we wish we could do as well as them.

Recently, I noticed that lots of “internet famous” people are alumni of these courses: Brennan Dunn and Jarrod Drysdale graduated from Amy Hoy’s 30×500, for example. The knowledge and accountability are important of course, but the being linked into a high-achieving peer group could have benefits for years after the course has finished.

What will you try?

Even if you’re not nomadic, do you feel like the lack of a peer group is holding you back?

Which of our ideas do you think will work for you, and do you have more to add to the list?

Let us know in the comments!

Posted on December 5, 2012 by Rob @ Making It Anywhere in Your new life skills.