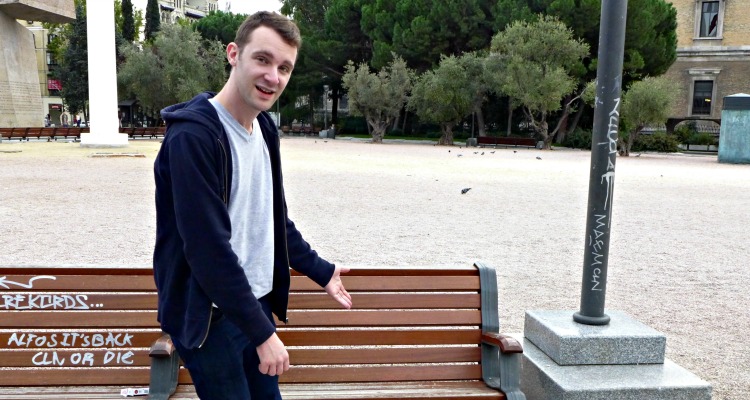 Years ago, we came up with two rules for life. We’ve stuck to them pretty rigidly ever since, and they’ve served us well.

The first is “Let passengers off the train first, please.” We’ll gloss over that one for now. But trust us: it saves everyone time.

The second rule is “It’s easier to be nice” – i.e. being open, pleasant and kind is a whole lot less effort than scheming, putting people down or trying to “win” every social interaction.

Even in business – normally characterised as the domain of back-stabbing and competitor-trampling – the rule has served us well. We’ve written before about the mysterious way that putting yourself out there in an honest way tends to attract similarly minded people, and it really does work: we largely have great interactions and thoroughly respectful clients (although, yes, we do moan sometimes).

Case in point: we did some exploratory work for a potential client last week, but it turned out that we didn’t think we were able to help him. He offered to pay us for our research and recommendations so far, but we said no: we were happy to try to help, and it wasn’t his fault that we couldn’t. An hour later, he sent us a $100 Amazon gift card. Take that, Apprentice-esque business stereotypes!

The same law of attraction is working in our forum. Although forums are the natural trolling ground of people called things like JediKid888 (actually Colin, 54, from Kilmarnock) endlessly bickering and posturing, The Anywhereist Group is full of the most polite, generous and (yup) nice contributions you could imagine.

Living by the “it’s easier to be nice” rule isn’t without its pitfalls, though – but it’s not really the rule’s fault. You see, we’ve combined it with our Britishness and compulsive need to be liked and turned it into something more like “it’s easier to be unnecessarily, over-the-top polite at all costs”.

As a result, replying to a simple email from our designer saying “Do you want the background to be white or grey?” becomes a four-paragraph epic that enquires after his weekend, apologises for something (anything), and explains the reason behind our decision in totally unnecessary detail (so as not to seem terse or annoyed). It will also include at least two additional elements chosen from: a joke to lighten the mood; the phrase “if it’s not too much bother”; another apology (for anything); an assurance of how delighted we are with his work.

(Even though any normal person’s response would have been: “Grey. Read the sodding spec properly.”)

We also need to get better at realising that not everyone is as ludicrous as we are. Receiving an email that just says “Thanks.” sets us off on an hour-long analysis: “That reads like an annoyed ‘thanks’, doesn’t it? Look, the full-stop definitely means she’s annoyed! Do you think she misinterpreted my last email? I knew I should have put ‘if you don’t mind awfully’! I seemed strident! Or callous! Oh god, we’re going to get fired!”

So maybe we need to dial it down a little, but in general the rule stands: if being nice is your natural inclination, being nice in business is easier and will get better results than making an unnatural attempt to channel some kind of law-of-the-jungle vibe.

If you’re just starting out in your own business, don’t feel the need to lower yourself to other people’s standards. Just put yourself out there transparently, focus on how you can add the most value and help the most people, and base every decision on how you would want to be treated. Do that and you’ll enjoy your work more, attract better customers or clients, and feel proud of what you do.

And seriously: while you’re at it, just let people off the train first, OK?